Yay! Another episode with Roger and Peggy. Who knew I would find them so entertaining together?

Episode 4: Mystery Date
Don runs into someone from his past. Joan makes a decision, and Roger gives Peggy extra work.

So what did you think?

MY SHOW IS BACK!!! 17 long months and my show is finally back!

Season 5:
Episode 1-2: A Little Kiss
Pete and Roger butt heads, and Joan clashes with a houseguest.

When it is all over come and discuss one of the best shows on television.

I love movies! I try and see most of the Oscar nominated films each year. (This year I only missed Tree of Life, War Horse and Extremely Loud & Incredibly Close - movies that I don't necessarily feel compelled to see so I don't feel guilty about missing them.)

It's been forever since I posted to my lj so I thought I would take this opportunity to do some polls in anticipation of the Oscars tonight. I'll be watching with

missrealand more.  The best way to watch and awards show is with good food, drinks and friends.
(LJ isn't cooperating with the polls at the moment so we will have to do this Old School. Post your pick in the comments.)

I also want The Fantastic Flying Books of Mr. Morris Lessmore or La Luna to win Animated Short Film and while I LOVED Pentecost, I want Tuba Atlantic to win Live Action Short Film but Raju will probably win.

I adored Midnight in Paris. I own it on bluray and have watched it a couple of times (and had to see in two theaters on the same day since power went out in the first).  And while I really liked Hugo, I'm pulling for The Artist to win. I walked out of the theater with a huge smile on my face when I saw that film. I drove one of my friends crazy until she saw it. There's something about it that I just can't explain. I can't wait to watch it again.

So what about you? Any film you are pulling for? Any thing you are cheering against?

Do not be afraid that its a silent film. It is amazing and better be nominated for an Oscar. The leads are incredible. It's a love letter to film history. There's an adorable dog that just screams Asta. There's a dance number that will make you think of Gene Kelly in "Singin' in the Rain" or Fred And Ginger. Do you need any more reasons?

I saw it at Talk Cinema today after

phla sent me a link to something mentioning it. Only one person in the whole theater didn't like it. That never happens.

In honor of the holiday and the tradition my mom and I have of watching this movie (after being stuffed with yummy food).

Snapped this photo on the way home from Panera/Farmer's Market right before yesterday's wesgonnadie storm hit.  Kind of liking the effect. Looks sort of noir-like. 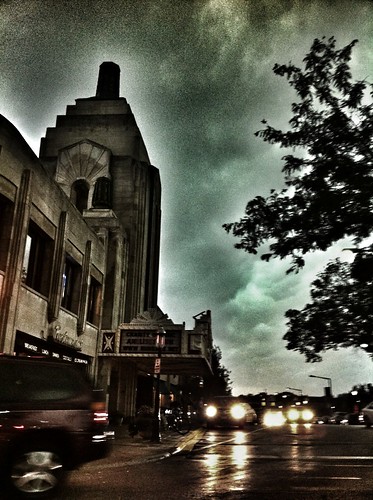 Damn you, Jimmy Fallon. I cannot stop watching this.  Sadly, I cannot even blame

The past year or so we (neighbor who is now President and I) have been pushing for some money to redecorate. The previous President (now VP) is in his 80s and doesn't want to spend any money on decorating. He thought the 35yr old carpeting was fine. (This is the same carpeting that was described by on resident as looking like Las Vegas.)

So when the old VP resigned (and later passed away) we pushed to make some changes.

I'm happy with the results. Not all the old folks are happy. But I've seen some of their living rooms. They still have the flocked wallpaper or "starving artists paintings". Their opinion is of no interest to me.

Best part we came in under or budget. ( Collapse )

(Though I reserve the right to complain when I have to drive/walk on slippery/icy streets. But even I know it's not the end of the world.)
Collapse